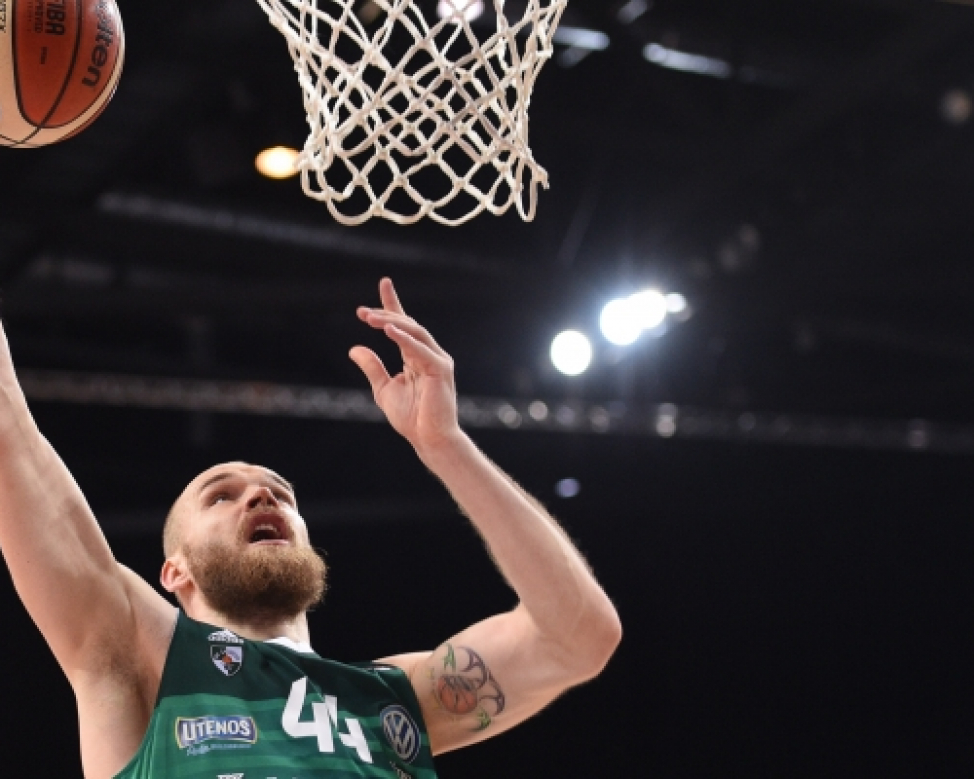 Zalgiris showed no mercy to third-placed Neptunas (22-8), blowing them right out of the water for a 94-47 victory on Tuesday evening. The 47-point margin makes it their largest victory of the season and improves their record to 26-4.

Zalgiris came out firing, and it was obvious the game would end in a blow-out right from the get-go, as the greens dominated on both ends of the court to amass a 36-point lead at halftime.

Antanas Kavaliauskas had a game-high 19 points, Beno Udrih put in a well-rounded performance with 15 points, 5 rebounds, 6 assists and 3 steals. Paulius Jankunas and Arturas Milaknis finished the game with 9 points apiece.

Juventus gave Lietuvos Rytas a run for their money in Vilnius, but were ultimately shot down for a 75-78 loss. The visitors dropped to an 11-19 record that has them as the seventh seed in the league. Lietuvos Rytas, on the other hand, remain in the race for the top spot, as they look to face league leaders Zalgiris on Friday.

It was a back-and-forth affair, with the lead changing hands 10 times. However when it mattered most, the Vilnius side had their noses in front. Travis Peterson knocked down the game-clinching free-throws with 2.6 seconds and Lietuvos Rytas earned another difficult victory over Juventus.

Travis Peterson had a great night, collecting a double-double of 22 points and 10 rebounds. Mindaugas Girdziunas and Loukas Mavrokefalidis had 12 points apiece, while Jimmy Baron ended the night with 9.

For Utena, Mindaugas Kupsas was the leading scorer with 23 points, while Arvydas Siksnius added 15. Maksym Korniienko came close to a double-double of his own with 14 points and 9 boards.

Dovis Bickauskas set a career-high for assists in an all-around performance. The 24 year-old had 9 points, 7 rebounds and 16 assists, coming just one shy of the season record.