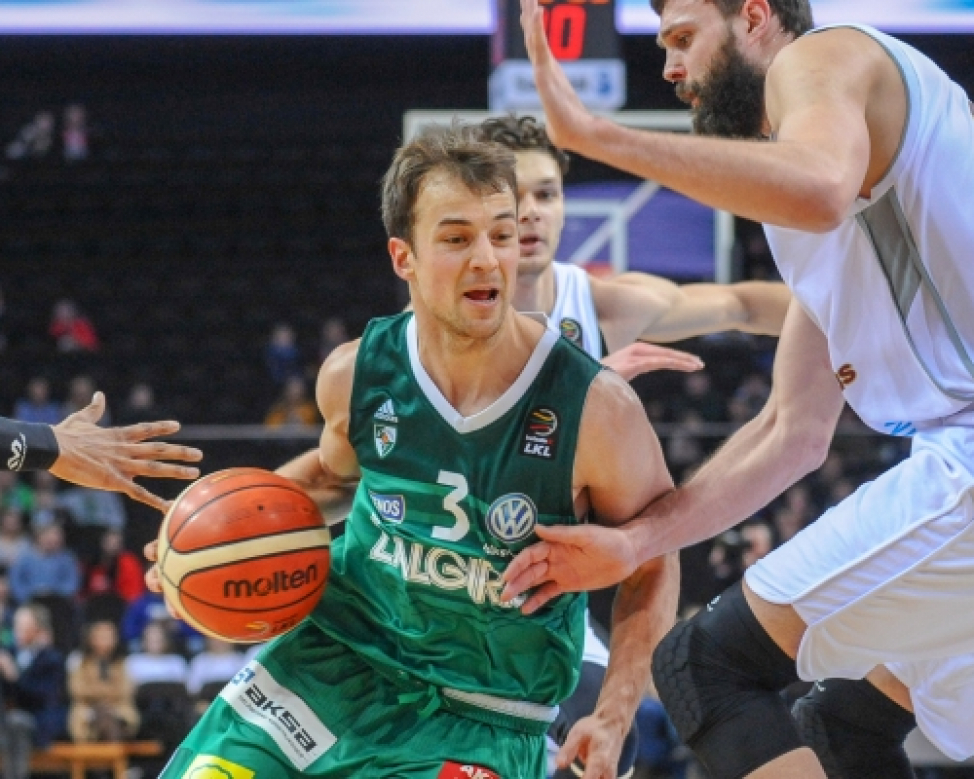 There were mixed emotions for Zalgiris (24-3) in the Betsafe LKL this week, with the top-of-the-table title-holders inscribing an 85-72 victory over the fourth-placed Lietkabelis (17-10) but losing Aaron White in the process.

The defending champions needed to overcome a solid challenge by the Panevezys club, trailing by as many as 8 points (45-37) in the first half of play but did get the job done after the break.

For most of the second half, they had to do without the injured White who had to leave the court after a collision with Zygimantas Skucas of Lietkabelis.

Kevin Pangos led Zalgiris with 24 points and 5 assists, Vasilije Micic scored 16 points and also dished out 5 assists, while team captain Paulius Jankunas converted all of his field goals and finished the game with 10 points.

For Lietkabelis, Ksisitof Lavrinovic was the only double-digit scorer with 13 points, with the trio of Donatas Tarolis, Lorenzo Williams and Dominik Mavra chipping in with 9 points apiece.

In the other game of the day, Nevezis (7-20) celebrated a massively important 90-77 victory on the road against Vytautas (5-22), increasing their lead over the bottom-of-the-pack side from Prienai to two games.

Even 28 points and 6 rebounds from LiAngelo Ball couldn't tip the scales for the home team, with Tomas Dimsa chipping in with 13 points and Eigirdas Zukauskas and Rashaun Broadus adding 10 each.

LaMelo Ball played just two minutes and finished the game with a couple of points, as Vytautas got one step closer to relegation.