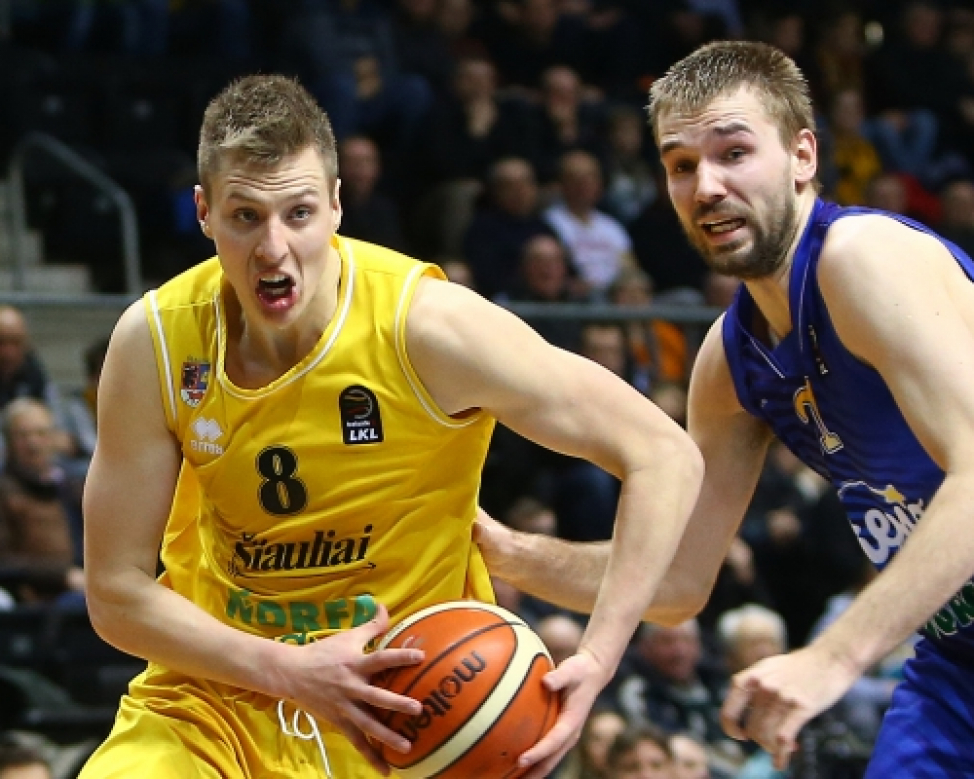 Siauliai point guard Donatas Sabeckis fell a couple of assists short of making history in the Betsafe LKL but received the Player of the Week honors nonetheless after a spectacular performance against Pieno Zvaigzdes.

The 25-year-old floor general posted a double-double of 14 points and 16 assists and added 4 steals in a 100-79 triumph over the visitors from Pasvalys on Saturday, helping the Antanas Sireika-coached Siauliai side rise to fifth place in the standings.

The 16-dime mark was just two away from the all-time Betsafe LKL record of 18 assists, set by David Edwards back in 1995 and only been repeated once since.

Joining Sabeckis on the Team of the Week, are Anatoly Kashirov and Parrish Petty of Dzukija, as well as Rokas Giedraitis and Travis Peterson of Lietuvos Rytas.

Kashirov went for 25 points and 5 rebounds in a 98-73 surprise victory against Lietkabelis, with Petty contributing with a well-rounded 11-point, 7-rebound, 4-assist, 3-steal line.

Elsewhere, Lietuvos Rytas beat Juventus 104-92 on the road in Utena, as Peterson went 6-of-8 from the field for 18 points, 6 rebounds, 6 assists and 2 steals. Giedraitis added 17 points, 8 rebounds and 3 assists.