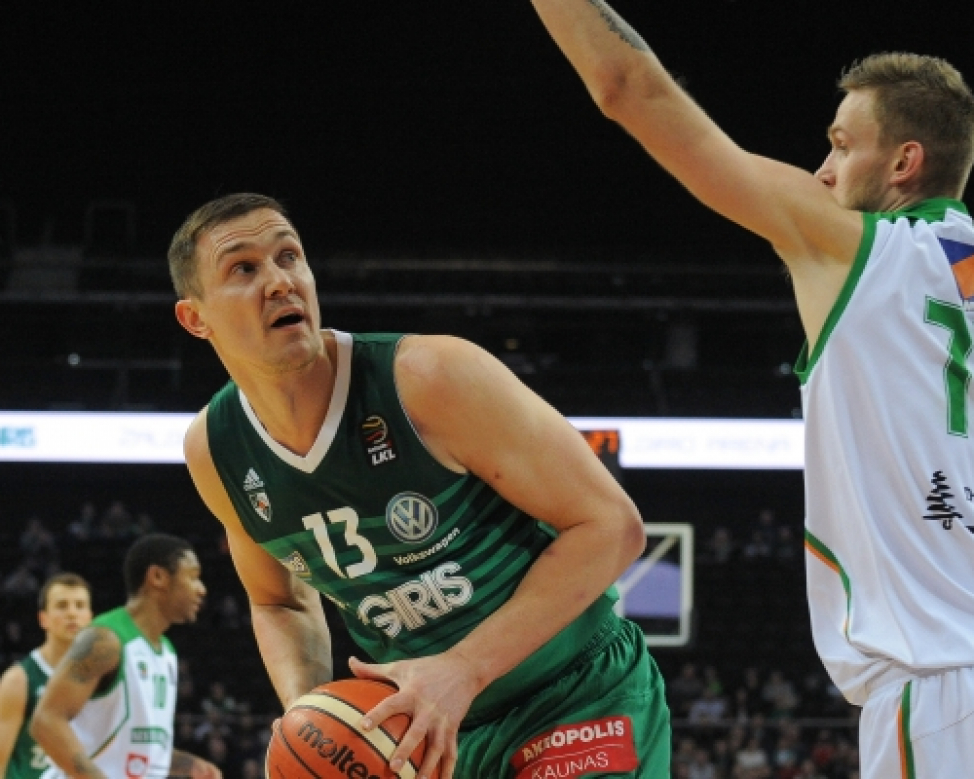 Zalgiris hold on against Dzukija; Zeisloft explodes for 41 in Siauliai

Zalgiris looked a bit rusty but handled their business against Dzukija to stay atop the Betsafe LKL standings, while Siauliai sharpshooter Nick Zeisloft had himself a party against Juventus.

A low-scoring 72-63 victory against Dzukija allowed Zalgiris to move to a league-best 21-3 mark in the table, with Paulius Jankunas leading the way with a 17-point performance.

Edgaras Ulanovas posted a double-double of 12 points and 10 rebounds, while Brandon Davies needed just 17 minutes to also get to the 12-point mark.

Already short-handed due to injuries, Dzukija had another problem on their hands in the form of foul trouble for top scorers Paulius Petrilevicius and Anatoly Kashirov, both of whom fouled out.

Petrilevicius collected a team-high 13 points in just 20 minutes, while Kashirov added 11. Charles Callison added 11 points for the Alytus side.

Meanwhile, the pace much higher in Siauliai with the local club blowing out the visiting Juventus 120-84 behind a record-breaking performance by 25-year-old Zeisloft, who went for 41 points in just 26 minutes of action.

Having knocked down 12-of-15 attempts from beyond the arc, he set a new Betsafe LKL season record for most three-pointers. Laurynas Birutis added 27 points, while Arminas Urbutis and Donatas Sabeckis both posted big double-doubles.

Juventus had seven players in double figures, with Arvydas Siksnius registering a team-high 14 points in a blow-out defeat.

Elsewhere, third-placed Neptunas, got back to winning ways with an 81-64 win over Nevezis behind a 21-point and 12-board double-double by Edgaras Zelionis, who continues to play great.

Renaldas Seibutis had 14 points, Laimonas Kisielius scored 12, while Simas Galdikas went for 11 points in 12 minutes before fouling out.

For Nevezis, Lester Medford was the top scorer with 21 points and 5 assists, with Giedrius Staniulis adding 12 points and 8 rebounds in his debut for Nevezis.

Arturs Ausejs scored a game-high 22 points for Pieno Zvaigzdes, while Osvaldas Olisevicius chipped in with 19 points and 5 rebounds.