Action resumed to the Betsafe LKL with a bang, as seventh-ranked Siauliai came away with a 78-71 victory over Neptunas from the mid-week clash in Klaipeda.

The beginning of the game promised no good for the Antanas Sireika-coached visitors, as they fell behind 17-4 just four minutes into opening quarter. However, a second-period turnaround flipped the tables around and Siauliai held on the rest of the way.

Arminas Urbutis posted game-highs with 18 points and 10 rebounds for the away team while also dishing out 5 assists to his teammates, Laurynas Birutis added 14 points and 6 boards.

Having made his national team debut just a couple of days earlier, Edgaras Zelionis was the top scorer for Neptunas with 16 points and 8 boards, Tomas Delininkaitis had 14 points, as Laimonas Kisielius and Renaldas Seibutis finished with 10 each.

The win allowed the Siauliai club to improve to an 8-15 mark, with Neptunas staying in third place despite dropping to a 17-6 record. 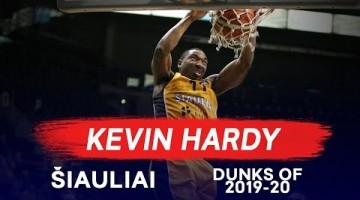