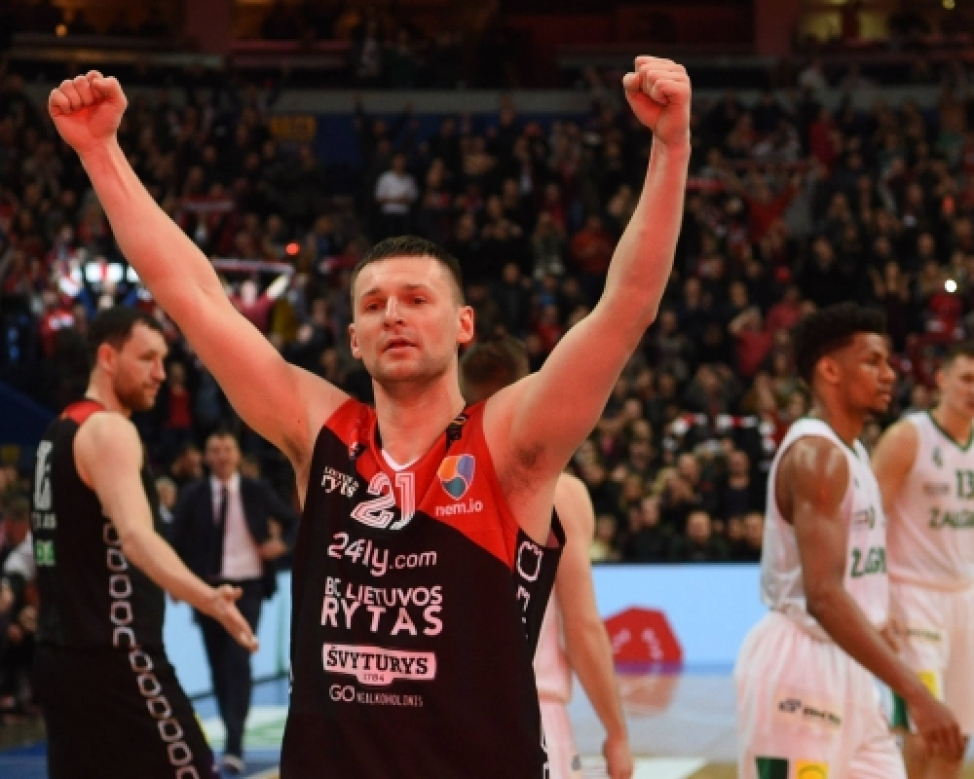 Lietuvos Rytas defeated the defending Betsafe LKL champions Zalgiris for the second time in row, moving within a single game of the Kaunas club in the standings with a 75-68 victory in Vilnius.

A packed Siemens Arena witnessed a red-hot start by the visitors from Kaunas, who had opened up a 16-point lead early in the second period, but an improved defensive effort and a 24-8 run got the hosts back in the game.

The lead changed had a number of times after the interval, but Lietuvos Rytas pulled away midway through the final period mostly thanks to the play of Chris Kramer and Rokas Giedraitis, who stepped up down the stretch.

Travis Peterson led the winners with 21 points after going a perfect 7-of-7 from the field, Loukas Mavrokefalidis had 13 points and 6 rebounds, while Giedraitis chipped in with 11 points.

Chris Kramer finished the game with 8 points and 10 assists.

The victory allowed Lietuvos Rytas to improve to a 19-4 record, while their rivals from Kaunas dropped to 20-3.

In the other game, Vytautas finally ended their victory drought in the Betsafe LKL with a 97-95 victory on the road against Siauliai. This ended a nine-game losing streak for the Prienai-Birstonas club.

The Virginijus Seskus-coached side had six players in double figures, with Denys Lukashov leading the way with 21 points after hitting all four three-pointers and Regimantas Miniotas adding 16 points and 7 rebounds.

LiAngelo Ball also had a strong game, scoring 13 points and grabbing 4 rebounds in 24 minutes of action.

For Siauliai, veteran big man Vytautas Sarakauskas had a game-high 23 points and 12 boards, while Laurynas Birutis chipped in with 21 points and 8 rebounds.