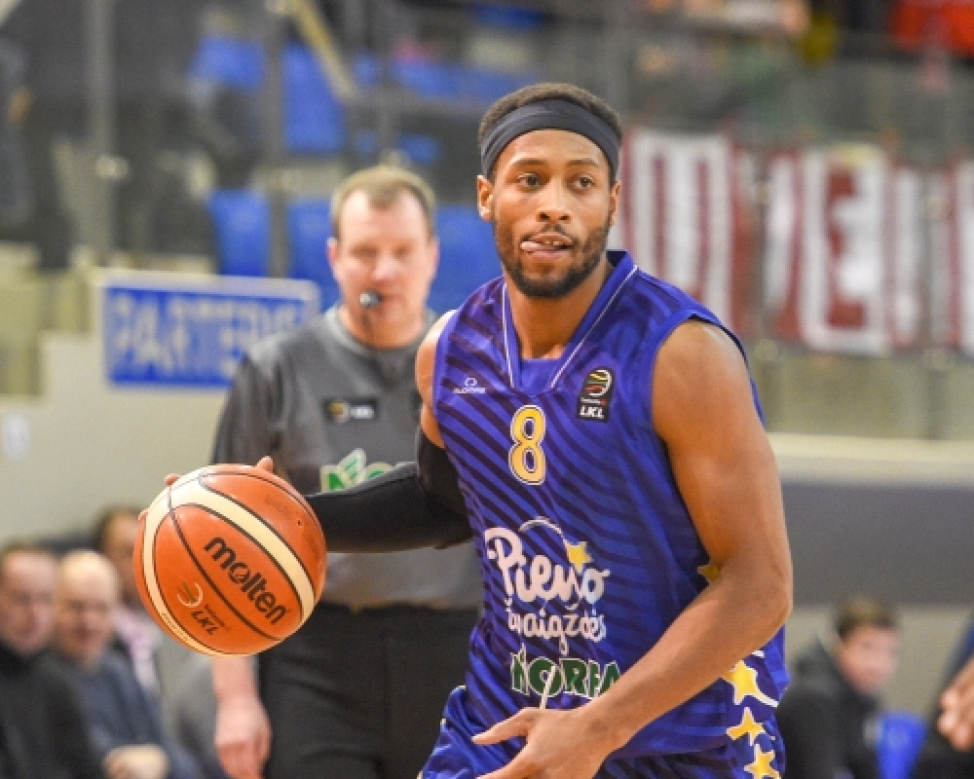 Having seemingly put their cold spell behind them, Pieno Zvaigzdes inscribed their third win in the last four Betsafe LKL contests and regained fifth place in the standings after defeating Juventus on Saturday.

An excellent defensive effort earned the Gediminas Petrauskas-coached hosts a 75-63 victory against their regional rivals from Utena to bring the teams level at a 9-14 record.

Trevon Hughes paced the winners with a game-high 17 points, while also filling the boxscore with 7 rebounds and 6 assists. Lis Shoshi had 16 points and 5 rebounds, while Vyacheslav Bobrov added 14 points, 5 rebounds and 7 assists.

Having scored 15 points, Arvydas Siksnius led the visitors with 15 points, 7 rebounds and 4 assists. Juventus trail the season series against Pieno Zvaigzdes 2-1 with one more game left.

Elsewhere, Neptunas used a strong first half to set themselves up for an easy 81-63 triumph against Dzukija on the road in Alytus.

Brandon Fields collected 17 points and dished out 5 assists for the guests from Klaipeda, who had built a 36-point lead in the first two quarters. Renaldas Seibutis and Laurynas Beliauskas added 16 points each.

The win moved the third-placed Neptunas to a 17-5 mark in the standings, while Dzukija stayed in eighth place despite dropping to a 7-16 record.

Meanwhile, Lietkabelis improved to 15-9 with an 82-72 victory against Nevezis in Panevezys, with the team's newcomer Dominik Mavra playing an important role in his debut.

The Croatian guard scored 13 points and added 4 assists in 25 minutes of playing time, sharing a team-high mark in scoring with Simas Jasaitis and Lorenzo Williams, who also had 13 points apiece.

For Nevezis, Lester Medford had 17 points on 8-of-11 shooting from the field, while Gabrielius Maldunas dropped 15 points and 7 rebounds in his return to his hometown.