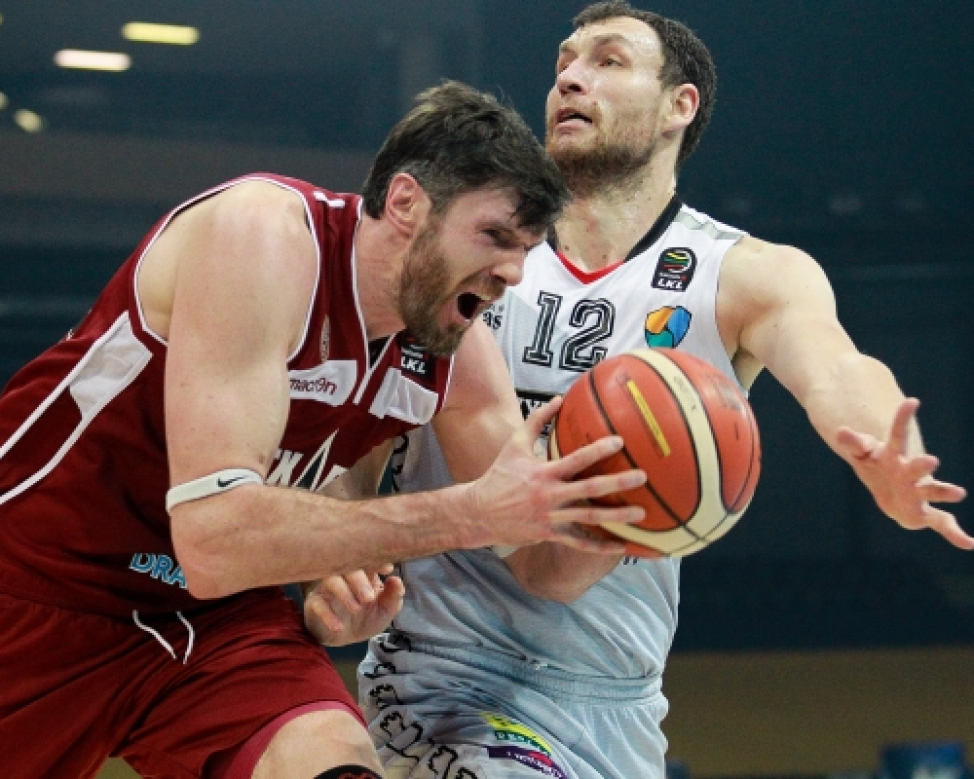 Lietuvos Rytas carried over their momentum into the festive season, headlining Saturday's four-game slate in the Betsafe LKL with an important win against Lietkabelis on the road in Panevezys.

The Rimas Kurtinaitis-coached guests from Vilnius built a winning advantage in the third quarter and saw out a late comeback attempt to triumph 75-69 and improve to a 12-4 record in the standings.

Loukas Mavrokefalidis came back from an injury with a 16-point display for Lietuvos Rytas, while Rokas Giedraitis and Ben Madgen chipped in with 15 and 12 points apiece in the win.

The second unit scored 51 of 75 points for the visitors, with the trio of top scorers all starting the game from the bench as well.

It was the fifth consecutive loss for the Panevezys side, who have now dropped to 10-6 in the league standings after a great start of the season.

Elsewhere, defending champions Zalgiris, 14-2, handled their business against Dzukija, inscribing a harder-than-expected 72-60 win over the Alytus side at the Zalgirio Arena.

Paulius Jankunas and Antanas Kavaliauskas scored 10 points apiece for the winners, while Paulius Petrilevicius finished the night with a game-high 13 points and 5 rebounds in a losing effort for Dzukija, who now have a 6-10 mark.

In Kedainiai, the debut of Tadas Sedekerskis and Margiris Normantas did not go as planned for Nevezis, who suffered a 78-74 defeat at the hands of Juventus behind a well-rounded scoring effort by the away side.

Sedekerskis finished his first game in the Betsafe LKL with 10 points and a pair of rebounds.

Then Juan Palacios-led Neptunas showed character by erasing a 22-point third-quarter deficit against Pieno Zvaigzdes to come out on top 92-86 in Pasvalys and extend the horrific start of the season for coach Gediminas Petrauskas.

The home side had a comfortable 69-47 advantage in the second half, but Aidas Einikis knocked down three long-range bombs to get the offense going for the Klaipeda club, who pulled off a Christmas miracle.

Neptunas big man Palacios flirted with a triple-double with 14 points, 15 rebounds and 7 assists, Einikis had a career night with 12 points in total, while Renaldas Seibutis led the team in scoring with 18 points, 5 rebounds, 4 assists and 3 steals.

Arturs Ausejs had a team-high 13 points in a loss, with Vyacheslav Bobrov and Steponas Babrauskas adding 12 points each.